History of the Toothbrush

Back to articles
By Caroline Jacobson

Knee-deep in the world of X-box and iPhones, it’s hard to imagine a time before the conveniences of modern technology, let alone a time when the simplest of inventions weren’t commercially available. 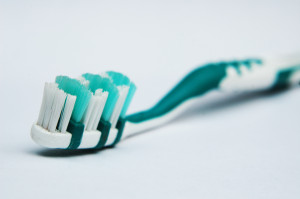 Interestingly enough, a 2003 survey conducted by Lemelson-MIT found that technologically advanced items like cars, computers and our beloved cell phones lag in importance when compared to a rather simple (but practical) invention. In the survey, the toothbrush beat out the car and computer as the invention Americans can’t live without. While there hasn’t been a similar study done in recent years, it does beg the question: What did people do before the development of commercial toothbrushes?

It turns out that our ancestors had plenty of options when it came to preventing bad breath, including:

Tufts of Pine Needles – Grab a tuft of pine needles, and give your teeth a good scrubbing. The needles leave your breath piney fresh, and if you chew them a little, you’ll also be getting a few milligrams of Vitamin C. There are a couple of toxic pine needles, but they are not usually found in Arkansas.

Pounded Hardwood Twig – Early Native Americans were well documented in their historic use of pounded hardwood twigs as toothbrushes. Dogwood, oak and maple were just a few of the non-toxic hardwood varieties in use 300-400 years ago. These twig toothbrushes were so common, in fact, that they were widely used among the colonists of Virginia.

Wondering what it feels like to brush your teeth with a twig? You can try it out for yourself. To make a twig toothbrush, simply cut a green twig about the diameter of a pencil and just as long. Pound the end of the twig with a clean, smooth rock. Then chew this end for a minute to moisten and soften the bristles; and finally, brush away.

You can even bend the end of the twig at a 90-degree angle to get the backs of your teeth as well, which is a trick you cannot do with the pine needles. Make sure you skip potentially poisonous twigs like mountain laurel, rhododendron, black locust, yew, buckeye and horse chestnut.

So there you have it. While our tooth brushing options today may be easier and more appealing, we wouldn’t be where we are today without these early tools. Aren’t you grateful we only have to hop on over to the hygiene aisle of the local drug store? I know I am!